After graduation from the University of Tulsa as a music major, Ron went to New York to pursue a career in musical theater. He arrived in New York on a Friday and auditioned for the original company of “Hello Dolly” on the following Monday. He was hired as a dancer/singer.

He continued to work as a singer, dancer, actor, director, choreographer and teacher for the next 33 years, working on Broadway and around the world.

Then, in a fairly drastic career change, he worked for almost 12 years at Merrill Lynch in the Marketing Communications Department as the Archivist for Merrill Lynch history. During that time he started a side business as a professional organizer, forming his own company, Order Out of Chaos.

Ron is the author of The Only Boy Who Danced, a Journey from Oklahoma to Broadway and Beyond.

What Could This Little Boy Grow Up To Be?

What Other Possibilities Would Appear In His Life? (Video)

Check out this video of Ronald Young giving his 4-H Club Timely Topic that made him the state champion in 1957 when he was 16 years old. How could this earnest young man not turn out to be a politician? Just lucky, I guess. 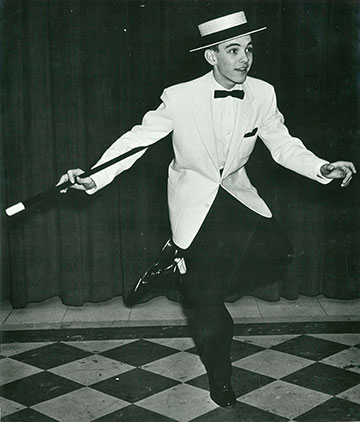 Performing at the National 4-H
Club Congress in the 50's.

A Journey from Oklahoma to Broadway and Beyond. 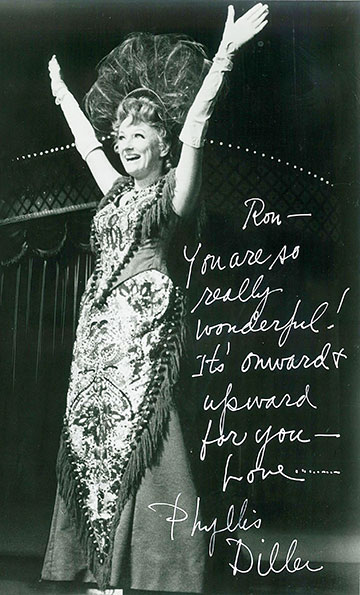 Ronald Young arrived in New York from Grove, Oklahoma with two Bachelor Degrees and a Master’s Degree in music from the University of Tulsa. At his first audition three days later, he was cast in the original company of HELLO, DOLLY, starring Carol Channing.

Broadway’s top directors quickly recognized Ron's singing, dancing and acting talents. Roles in one hit show after another kept him of Broadway in MAME, GEROGEM!, DIFFERENT TIMES, and in the title role in THE BOY FRIEND, opposite Judy Carne. London audiences saw him in A CHORUS LINE, in the role of Zach, the director.

Mr. Young’s talent has involved him in every aspect of the theater. Off-Broadway he has appeared in DAMES AT SEA, PROMENADE, and OH ME, OH MY, OH YOUMANS . In an unusual production of LA TRAVIATA at the Actor’s Studio, he sang the lead role of Alfredo. At the opening of the Kennedy Center in Washington D.C. he sang the role of the First Rock Singer in Leonard Bernstein’s MASS and can be heard on the original cast recording, singing “I Don’t Know.”

Television audiences have seen him in BALLADS AND BROADSIDES for “Camera 3” on CBS, and Hans Werner Henze’s RACHEL LA CUBANA, and opera presented on PBS in which Mr. Young created seven different characters. Movie appearances include a featured singing number, “An Old Fashioned Melody” in HAIR, and as AMES, the butler in ANNIE.

Mr. Young stood by and went on for both Tommy Tune and Charles “Honi” Coles on Broadway and in the International Company of MY ONE AND ONLY. He later starred in that show with Georgia Engel at Kansas City Starlight Theater and at the Claridge Hotel in Atlantic City, New Jersey.

Throughout the country he has directed and choreographed productions of 42ND STREET, FUNNY GIRL, GEORGE M!, MY ONE AND ONLY, and STEPPING OUT, for which he won the Drama-Logue Critics Award and a Los Angeles Drama Critics Award nomination for the production he choreographed at the Pasadena Playhouse. 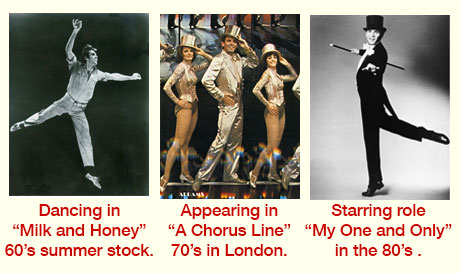